Ziggy Marley Brings Love and Peace to Ace of Spades

Ziggy Marley Brings Love and Peace to Ace of Spades

This is an archived review of the Ziggy Marley show at Ace of Spades, Sacramento, on June 23, 2018.

This content originally appeared on sacramentopress.com. The site no longer exists, and this page wasn't archived by The Internet Archive, so has been re-created from the original submission

Eight time Grammy Award winner Ziggy Marley brought his message of love and peace to a sold out (and possibly over-packed) crowd at Ace of Spades on Saturday night, June 23. Marley released his seventh solo studio album, “Rebellion Rises”, on May 18 to raved reviews, and eight of the show’s eighteen songs were from the new album.

Marley started the show with five songs from the new album, which would seem like a gamble for most artists who’ve been making music for 39 years. It’s often considered a given that fans going to see a well established artist in concert are there to hear the hits, usually heading for the restroom or bar when the new songs are played. Such is not the case at a Ziggy Marley show. Although out for less than a month, the crowd already know most of the new songs and sang along with enthusiasm. Those who were listening to Ziggy Marley and the Melody Makers’ breakthrough album “Conscious Party” in 1988, then stopped following the artist for the rest of the band’s twelve studio albums, or Ziggy’s seven solo albums, were few and far between at this show. Instead, the place was filled with loyal fans who knew every song from the artists’ long career.

Ziggy Marley is a legend in his own right, having won eight Grammy Awards (and an Emmy) in the process of becoming one of the leading voices in reggae music over the past several decades. Ziggy doesn’t hide behind the legacy of his famous father, but instead honors the legacy of Bob Marley while forging his own legacy along the way. In addition to his solo material, Ziggy played four of his father’s songs, including crowd favorites “One Love” and “Is This Love”. He also played two of his own songs from Ziggy Marley and the Melody Makers.

As packed as Ace of Spades was on Saturday night, nobody seemed to care since everyone in the place was dancing and singing throughout the night. When Ziggy sang “Walks of life, let's stand together - Dance all night with each other” during “Rebellion Rises” (which closed out the main set), the crowd didn’t need to be told, as they’d been doing just that all night long.

If anyone came to the show feeling a bit down, perhaps due to what’s going on in the world today, Ziggy Marley provided a welcome tonic to fear, hate, and negativity. With songs like “I Will Be Glad”, “Love Is My Religion”, “High on Life”, “Circle of Peace” - pretty much every song played - it would be hard to leave the show in a down mood. As Entertainment Magazine once wrote, “Attending a Ziggy Marley concert is the closest thing to a reggae church service you can get...” They weren’t wrong.

Opening for Ziggy was DJ Cherry Baby, who played a nice selection of reggae tunes to get the crowd ready for the show. 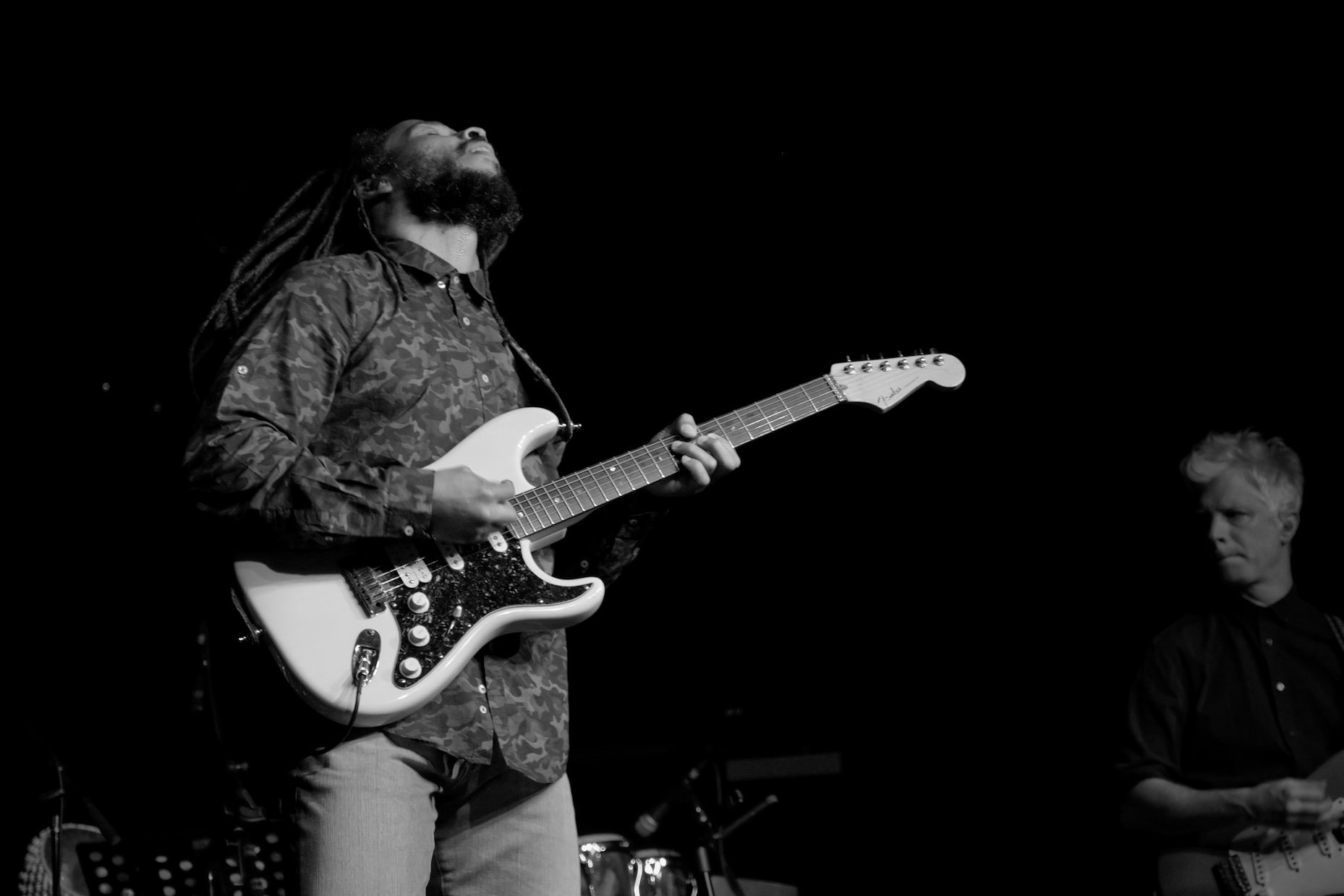 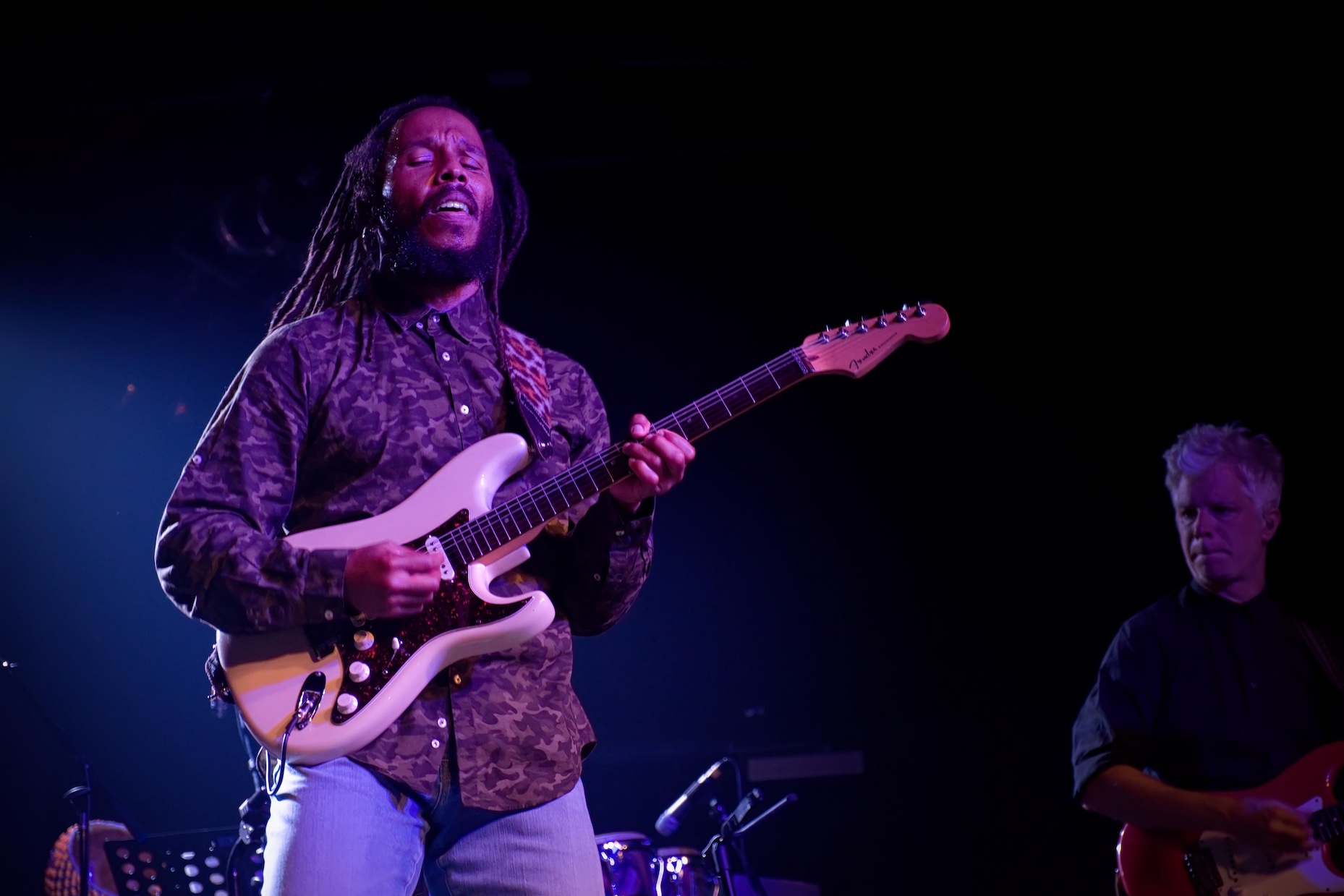 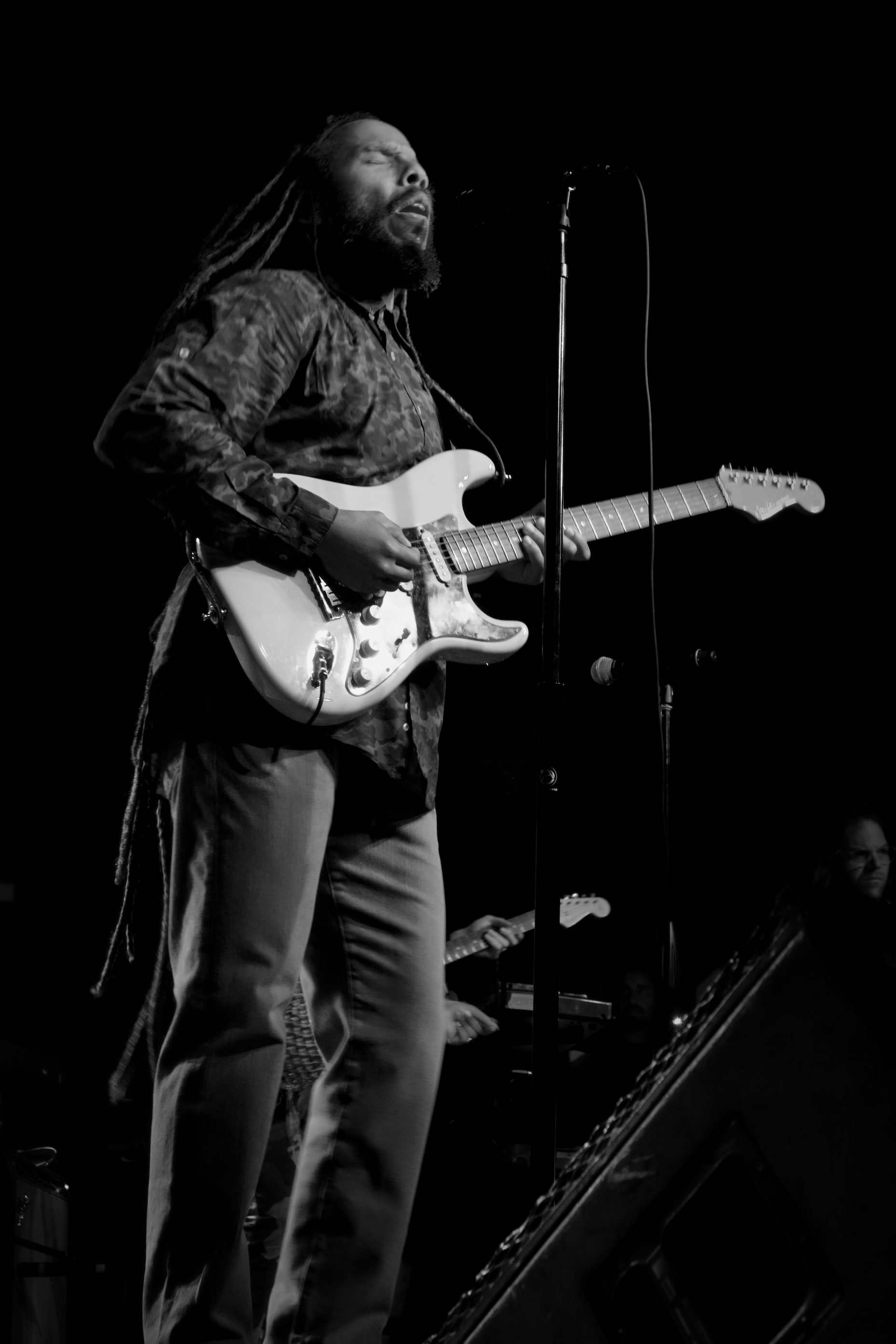 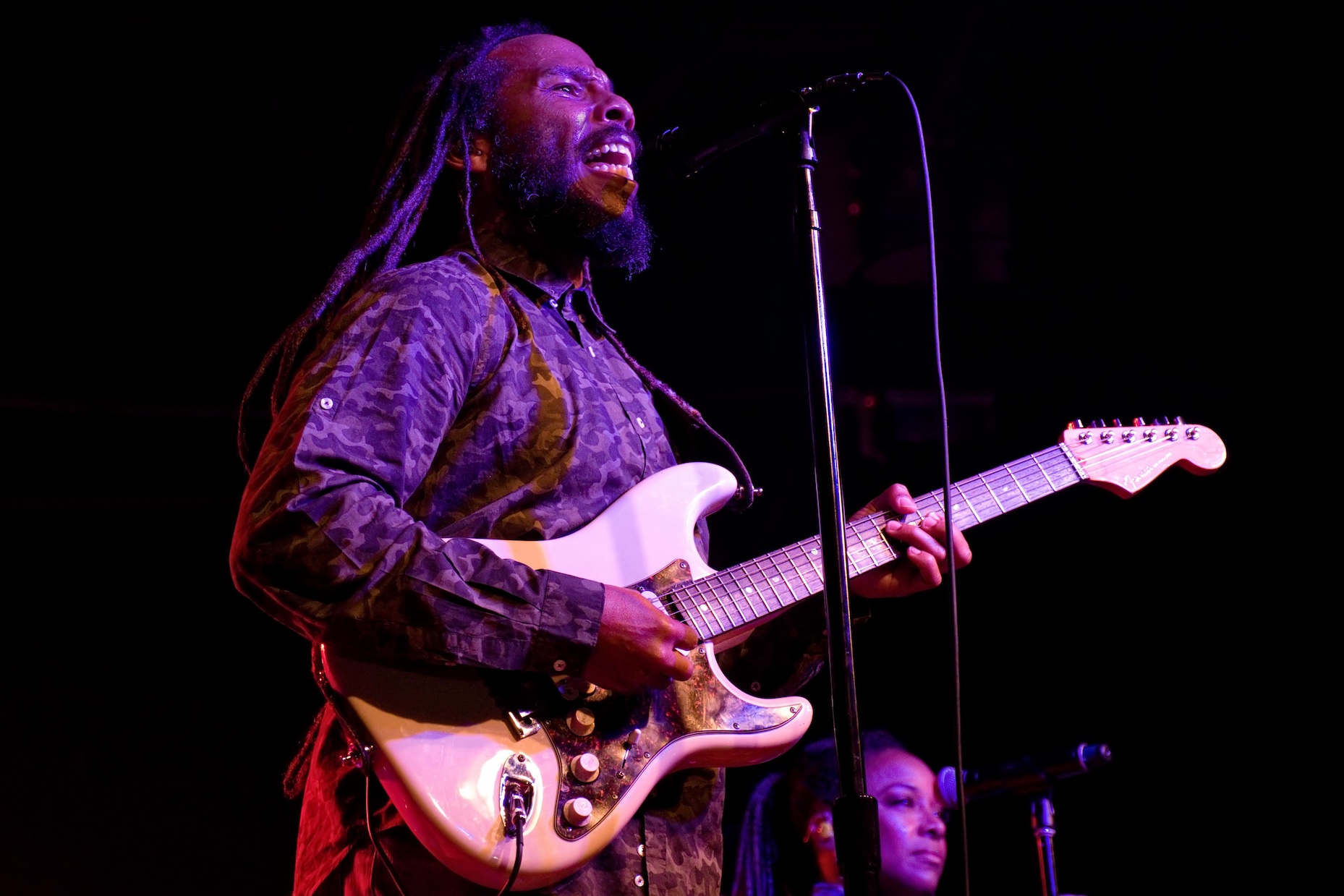 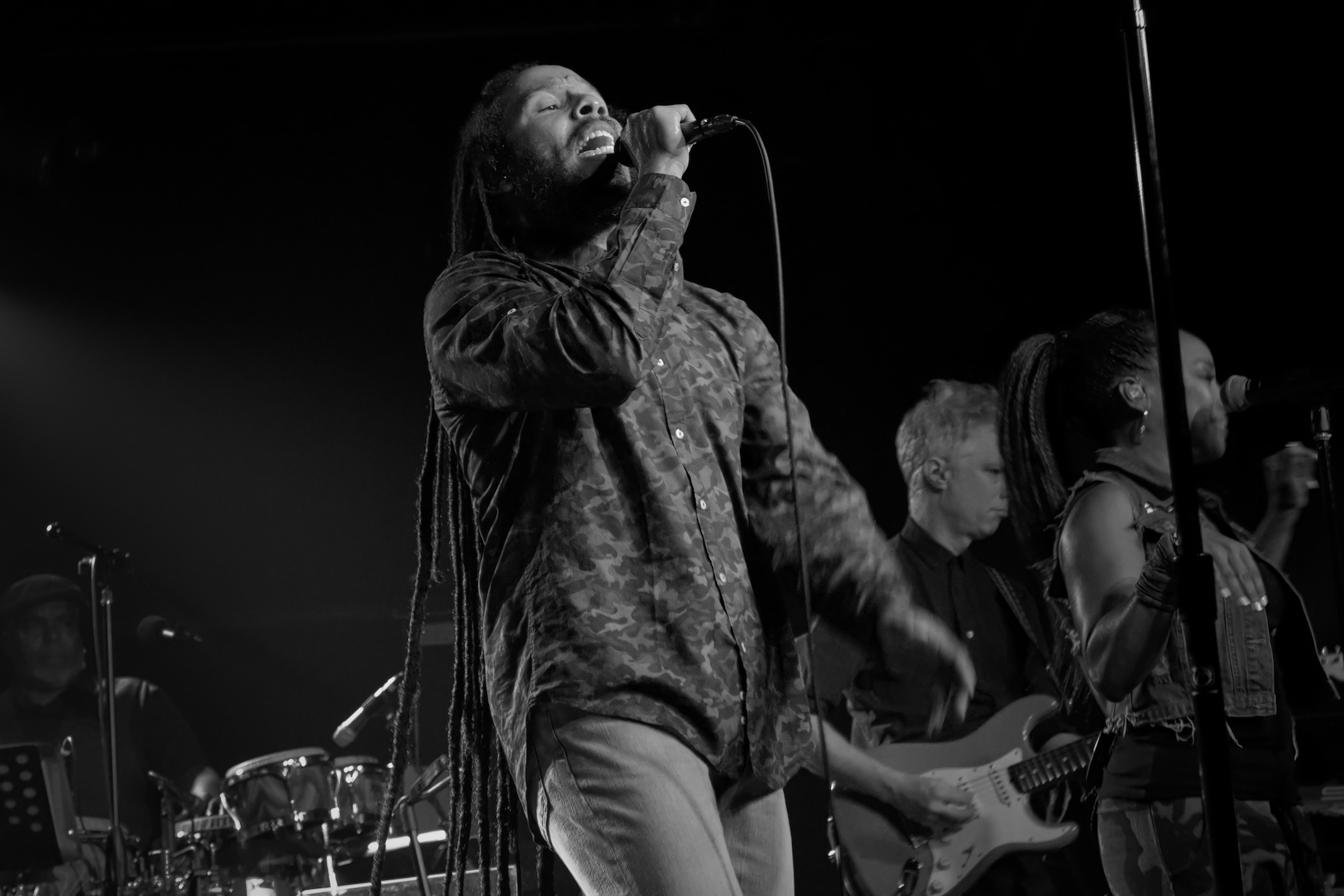